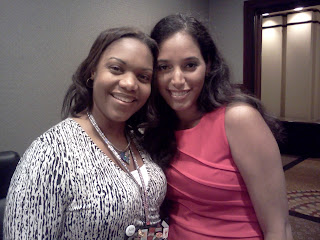 Posted by Chudney Thomas at 9:40 AM

This is awesome Chudney! I loved seeing you at M&M and MAJOR congrats on the run. Both events are amazing in themselves.

Love, love that quote. Just a warning, I'm going to steal it. That fits EVERYTHING I've been battling recently and I can't help but thank you for finding something that put my thoughts into words. :)

Best of luck on those manuscripts. You can do it. I know it.

Hey Tami, it was so good to reconnect even if it was only briefly. Steal away!